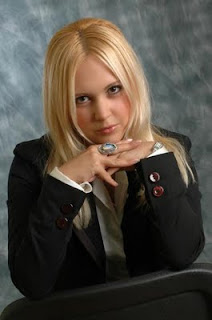 I do not regularly read the weekly paper The Baltic Times, but sometimes, especially whilst flying, it catches the eye. It's one of the few, if not the only English language press publications, which reflects events in the Baltics.

I am not up-to-date about who is behind this publication today and what is going on with the editorial line. But especially recently, I have noticed very bizarre editorial choice and stories of questionable journalistic value being published.

Yesterday on a plane back from Riga I picked up and read TBT's latest number (August 20-26 668). In the attached opinion piece stared back the heading: “The difficult lessons of Estonia's foreign policy”, authored by Tartu University “political scientist and foreign policy analyst” Anna-Maria Galojan

With this somewhat ambitious title she glorified herself. Galojan's story is one of strangest articles I have read about Estonian foreign policy in the last few years. She speak about how Estonian politicians and diplomats are using only their emotions to deal with democracy, human rights and economics. The example she brings forward was support last year for Georgian President Saakasvili (who was attacked in South Ossetia). What needs to happen now, is for this to be replace with disapproval (as the latter is persona non grata in the West)

It was interesting on what she based this odd opinion. Estonia has always supported both Georgian democratic reform and territorial integrity, not one or the other in policy making.

As a second example, the Playboy cover girl spoke about how Estonian foreign policy officials keep up only connections with the US Republican party. Again where did such as idea come from? The issue is not parties but policies which the administration is driving forward, be this Democrat or Republican

"Our foreign policy must also be balanced by developing positive relationships with our neighbours, including Russia, and with the very experienced British Commonwealth of Nations," Galojan points as the goal of Estonian foreign policy.

The issue is after all that our foreign policy should be consistent. Though there is always room for improvement.

But the criticisms which I have repeated here in the blog, when all is said and done, go to promote this thinking.

However Galojan's article, in all circumstance, will make quiet a few people very curious and puzzled.

I believe that TBT editors and journalists should assess the quality of stories before publishing them. I speak here as a former editor of Postimees, not as a politician active in foreign policy.

One more thought. As mentioned previously The Baltic Times is one of only a few English language news publications. There are certainly very few. In my opinion it would be extremely useful and even economically profitable to establish an English language multimedia operative news and opinion portal.