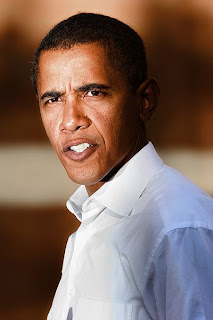 A few months ago I was having dinner with an American journalist friend visiting from New York. I joked to her that it seemed like there are only five black people in Estonia.... and two of them are drug dealers.

Now the most powerful man on the planet is a black man. What does this mean for Estonia, one of the whitest nation's on Earth?

Though this US election was fought on the issues, not on race, it was pretty clear once Obama was elected the huge historical significant of event would be celebrated.

Some people may think President-elect Obama’s race doesn’t matter. Some even believe he isn’t really black. After all the president-elect’s mother was white and he was raised by his white grandparents.

Those people are wrong. Obama is really black and it really does matter. Most black people everywhere see Obama's election as a personal victory for them. Ninety five per cent of African Americans voted for Obama. Could you imagine 95 per cent of Estonians voting for any candidate?

More importantly, Obama self-identifies as black. He made his bones as a community organiser and a civil rights attorney. His wife is black, his friends are black, he attends a black church which was until recently led by the fiery Rev. Jeremiah Wright.

Most black people just don’t see the world in the same way white people see it.
But I believe Obama is different. He can see the world from other people’s point of view and this quality means he is able to build bridges, as we have seen.

However Obama is surrounded by people who, to put it bluntly, care more about black people in America or Africa than they do about white people in Northern Europe. They influence him too.
This doesn’t bode well for Estonia. Most Estonians still have antiquated views of black people. It is not that Estonians are especially racist, they are not, but Estonians got their ideas about black people decades ago and there has been no subsequent shift in attitude.

Don’t get my wrong I love Estonia; my sweetheart is Estonian, my best friend is Estonian. But there are far too many Estonians who think black people are not very bright, lazy, obsessed with sex, don’t defer to future gratification and are criminal.

Thus the only black people in public life in Estonia are musicians, basketball players or drug dealers. For every 10 Estonians who has heard of Michael Jordan or Mike Emelai, there probably isn’t even one who has heard of Marcus Garvey or Richard Wright.

These are not positive stereotypes. Black people do not want to be known for singing, dancing, putting a ball in a basket, or dealing. We want to be celebrated for our intellectual or professional achievements. We want to be taken seriously.

It’s all a sham anyway. So-called “musicians” don’t make a living out of music, the basketball players are second-rates , not good enough to be in the NBA or even one of the major European leagues and the drug dealers are incompetent buffoons who get caught.

There are black people in the Baltics who are intellectuals, writers, business leaders, entrepreneurs and scholars. There are very few of us, but we do exist. Decision makers and the media need to engage with us.

Of course Estonia is very low down on the radar of priorities for an Obama administration, lower down now because there are lots of troubled African countries to deal with.
But Estonia looks to the United States for its security.
President Obama will have to be briefed on Estonia from time to time at some point during his tenure and then it’s logical for him or his wife to ask just how are blacks and other minorities treated here.

It’s an extreme example but suppose in three or four years time Russia decides to try its luck with Narva. We can be sure that the United States and indeed the whole Western alliance will condemn the action publicly. But Estonia needs to avoid a situation where the United States and NATO are actually doing nothing because Michelle Obama is privately thinking:
“Ah yes Estonia, isn’t that the small–minded little white country.... to hell with them.”
The hated white man: Priit Pullerits' furious response

J'sar said…
Came across your article. I happen to be a (American-born) black Estonian myself, by heritage. I've been reading into the culture of the country. I've come to see years later you've become the 1st black elected politician in the history of Estonia. Congratulations.
January 26, 2014 at 3:39 AM