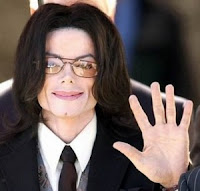 How Estonia made Michael Jackson a megastar
By Abdul Turay


Years ago as an undergraduate student I had conversation with someone who was studying psychology. I didn't know anything about the subject at the time, so I asked him what he thought of Sigmund Freud.

He said something so simple and so sage that I have never forgotten it.

“He was a genius, but he was one genius out of many geniuses.”

What he meant was that fame and genius are not the same things. Freud was one of a number of men and women doing ground breaking work in his field. Though he became more generally known by the public at large, Freud wasn't better than these other pioneers, he was simply more famous.
The same principle can be applied to any field; physics, acting, invention, history and pop music.
Some would have us believe that Michael Jackson was somehow superior to everybody else working in showbiz. That he was the world's greatest entertainer, a megastar in a premier league all by himself. He was none of those things.

I was living in the USA about the time that “Bad” came out. This was an album aimed at my target group, teenagers. We didn't like it, we didn't like him and we couldn't fathom who the hell was buying this overblown, self obsessed, pretentious, rubbish.

To be fair Jackson's career had its ups as well as its down. He did some good stuff, he did some really good stuff, but he did some em........ bad stuff, not to mention the downright silly stuff.

So why all the hyperbole especially from young people not old enough to remember his career peak “Thriller”?

Estonia made Michael Jackson. Not just Estonia of course but all the countries of the former Soviet Block, the Middle East, Africa, the Far East and Latin America. He was the biggest thing everywhere it seems except his own backyard.
Michael Jackson hasn't been especially popular in his own country for decades and the sales figures back this up. None of the albums Michael Jackson released in the 90s were the top selling albums for that year in the USA. A couple of them weren't even in the top 10.

Some of the claims about Michael Jackson are just plain lies. It is a complete fiction that Michael Jackson has sold 750 million units in total. A Wall Street Journal investigation on 15 July debunked this popular myth. It's not even clear if “Thriller” is the biggest selling album in the USA of all time. It is globally, but in the USA it is vying with an Eagles album for top place.

Michael Jackson has actually sold 200 million units worldwide. To put that in context, Michael Jackson's one time great rival, whose career declined in the early 80s, Donny Osmond, has sold 100 million units, and those figures are accurate. So in the end "Michael" was only twice as successful as "Donny", despite the fact that Donny didn't have a single hit record between 1979 and 1989.
Yet the average Estonian under the age of 30 probably hasn't even heard of Donny Osmond, whereas everybody knows Michael Jackson.

The explanation for this is simply. Michael Jackson was American. And he was the top American entertainer in the mid-80s at the height of the Cold War. He came to symbolise America.
Many Estonians, like the unwashed, huddled, masses from the rest of the developing world, looked to the USA as a shining land. It embodied freedom and prosperity. We call these people American Wannabes.
When the USA eventually won the Cold War, American Wannabes needed a symbol. Jackson fell into that role really by default. American Wannabes liked Michael Jackson because they thought that's what Americans liked.

The point is beautifully illustrated by something a close friend told me when I first met her years ago. Like a lot of young Estonian women, she was a hopeless American Wannabe. She liked Michael Jackson of course and the Rolling Stones and AC/DC. She told me she had only just discovered the Rolling Stones were British.

She described her stepfather having a rock history book. She was shocked to discover, on looking through it, that actually ALL her favourite rock bands were British.

People have forgotten it now, but back in the 80s at the height of the Cold War most rock stars were British. Elton John, Depeche Mode, George Michael, Phil Collins, Fleetwood Mac, Duran Duran, Queen, Bowie, the Rolling Stones, the Who, Ozzy, etc; were all British.

Some rock stars had other nationalities. U2, without a doubt the biggest rock band in the English-speaking world in the 80s, were Irish. AC/DC were Australian; as was Kylie.

Other stars didn't suit for some other reason. Prince was just too weird for the conservative tastes of the Second and Third World. Frank Sinatra was too old. And Elvis, Jim Morrison, Janis Joplin and Jimi Hendrix were dead.

That left Madonna and Michael Jackson. You could argue Michael Jackson is weird too, but no one thought that in 1985. Besides, his music has never been weird sounding.

Once the USA "won" the Cold War Michael Jackson's star went up, as the representative of US culture at a time when the sales of his records were dropping off in his own country. So if Michael Jackson had been from anywhere else, he wouldn't have had the same level of adulation. The irony is that Michael Jackson's act wasn't especially American. He could have come from anywhere.

Really the role of American icon for American Wannabes should rightfully have gone to Bruce Springstein. By the late 80s he was putting on a better show than Michael Jackson, he was undeniably more popular in his own country, he sold more records and he was more quintessentially American. But Springstein's star didn't take off outside the English-speaking world at all.

The trouble was his act was based on language. Michael Jackson's and Madonna's acts were based on dance. Your typical American Wannabe hairdresser, living in Haapsalu in 1989, didn't speak English. She couldn't have known that Springstein was singing heartfelt, witty, songs with biting social commentary, but she could enjoy Michael Jackson and Madonna swinging their hips and shaking their booties.

Also Springstein is honest about his country and therefore somewhat cynical about it. Any American Wannabe, sad-faced clown, who does eventually master English is going to realise this. And the last thing an American Wannabe wants to hear is: “America sucks”.

In knowing Jackson the unwashed, huddled, American Wannabe masses in places like Taiwan, El Salvador, the Democratic Republic of Congo and Estonia felt that they knew USA. In actuality this has never been true.

None of this means Michael Jackson was crap. I have enjoyed his music along with many other people. His gig was good, sometimes it was great. He was a genius, one genius out of many geniuses.

Otherwise than that, for your wannabee thesis I'd state that German, Dutch and Danish fashion retailers brand themselves as: New Yorker, Tom Tailor, No Excess and Blend(of America). Wannabes?
October 4, 2009 at 8:02 AM